Huge congratulations go to Andy Leask who was recently recognised by the ICE for his sustained and exceptional contribution to Civil Engineering!

Andy was presented (virtually of course due to COVID-19) with the William Kemp Award at this years ICE East Midland Merit Awards.

In a career now spanning five decades with Rodgers Leask, Andy has designed and been involved with numerous significant developments in the East Midlands, UK and also the Middle East.

Notable schemes include the Great Western Hotel in Paddington, Wembley Central, the Salalah Free Zone HQ in Oman and the proposed redevelopment of Becketwell and Duckworth Square in Derby which will be a key contributor to the regeneration of Derby city centre.

Whilst an MBO was completed in 2018, Andy remains a key individual at Rodgers Leask in his current role as Director and Business Ambassador.

Andy has amassed an impressive collection of professional qualifications during his career, becoming MICE in 1979, MIStructE in 1984 and later a Fellow of both Institutions.

In 2005 Andy qualified as a Chartered Director and was awarded IoD East Midlands Director of the year (SME) in 2015.

Keen to promote the importance of health and wellbeing, Andy is a qualified mental health first aider, has written articles on mental health in the workplace and provides seminars on CSR and mental health to the local business community.

As a result of his continual input to the industry and region, Andy has created a legacy through both the projects he has delivered and also the numerous people he has helped to train and mentor. 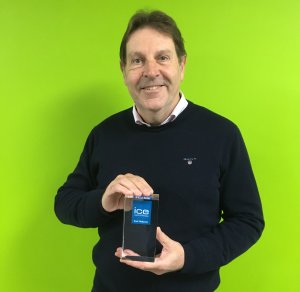