ANDY Leask, chairman of Derby-based engineering consultancy Rodgers Leask has been named in the cream of the crop of East Midlands directors.

He was among 14 directors from Derbyshire, Leicestershire, Lincolnshire, Northamptonshire and Nottinghamshire who were named as leaders in their business fields.

After collecting the award, Andy said: “I’m delighted at receiving this award, but it’s also an accolade for my directors and staff and testament to their hard work and dedication to the business.”

The awards, a highlight of the region’s calendar, celebrate excellence in business leadership. Andy and the other winners now go through to the UK Director of the Year awards held by the IoD later this year.

After 30 years with Rodgers Leask, Andy recently stepped up from managing director to become chairman in a restructuring of top positions at the company as part of its long-term vision.

Andy, 61, who lives in Etwall, is married to Myra and has four sons. He is also a chartered director, the top professional qualification held by only 1,100 people nationally and is responsible for recruiting members and encouraging them to chartered status. “This honour adds gravitas and gives a bigger platform on which to do this,” he said.

Originally from Allestree, Andy went to Aston University in Birmingham where he gained a degree in civil engineering. While there he worked for Sir Alfred McAlpine. He then spent five years with FC Construction before spending six years with HM Chambers and Partners in Heanor.

When John Rodgers left that company to branch out on his own Andy teamed up with him in what became Rodgers Leask. The company now employs almost 70 people at its Derby headquarters at St Mary’s Wharf, Mansfield Road, and offices in Birmingham and London. 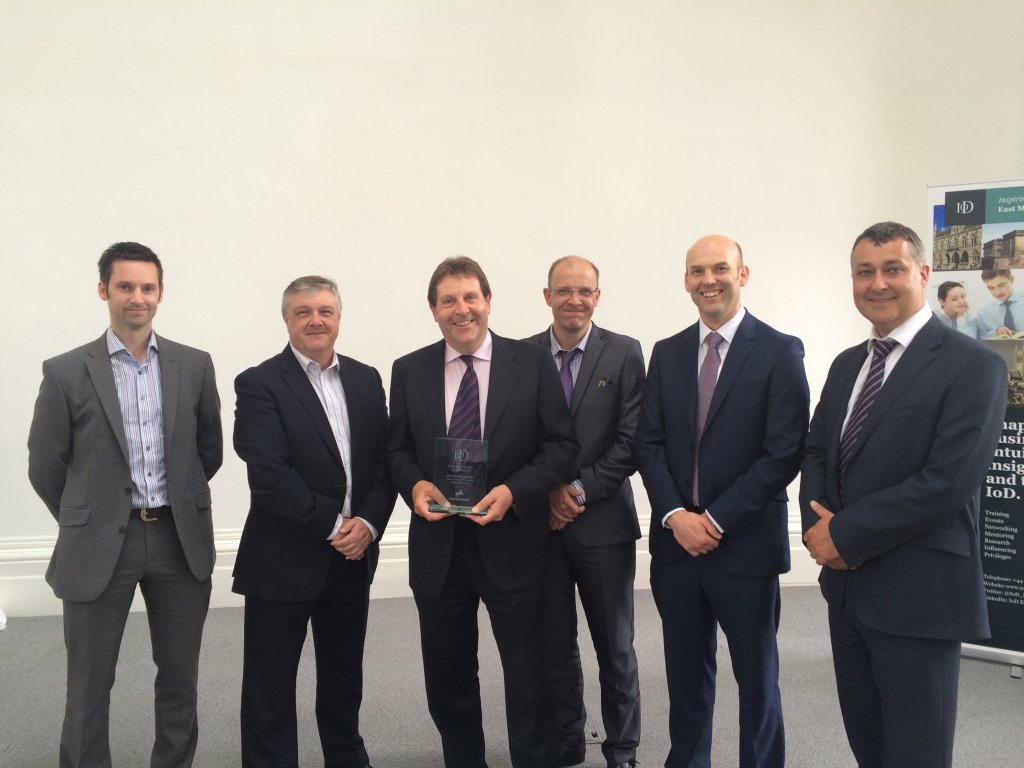